A few days ago, the third pilot of the Logismile Project took place in Debrecen, Hungary. The test period took place between the 8th and 18th of November. After one and a half week’s data gathering and preparation phase, the Debrecen pilot concluded in a demonstration experiment. The public presentation of ONA was held in Piac street, Debrecen at 13:00h, on the 17th of November, 2022.

During the full duration of the project, two different robots are being tested:

1. Autonomous Hub Vehicle (AHV): acting as a “mothership”, a self-driving vehicle that operates in the streets, transporting the parcels in real traffic circumstances.

2. Autonomous Delivery Device (ADD): a middle-sized self-driving robot, which delivers the parcels to the final recipients. The ADD’s prototype is named “ONA” which can be seen during the Debrecen demonstration.

Szabolcs Tóth, CEO of DKV and László Mátyus, DKV Director of Innovation and Service Development revealed ONA, the autonomous delivery robot together on stage. As a part of the presentation, they inserted a package inside the delivery vehicle. The vehicle rolled down from the stage and -this time with technical assistance- navigated to Dr. László Papp, Mayor of the City of Debrecen. The first, public delivery was a success, where the ADD handed over its own miniature self-figurine, made by 3D printing. After that, accompanying the vehicle, the Mayor also gave his speech on the stage. 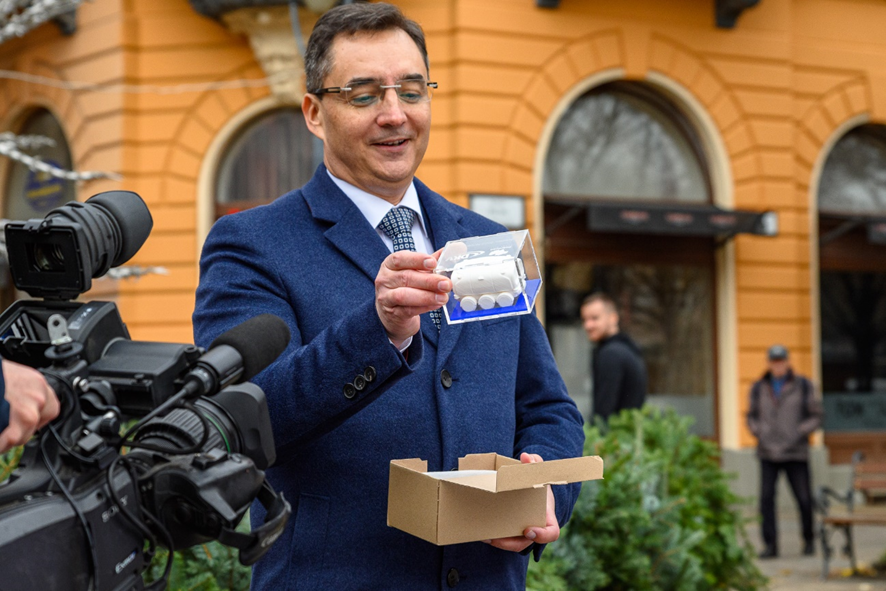 The technical presentations were held by László Mátyus innovation director and Albert Baldó i Canut, project manager at CARNET, both in Hungarian and English.

Once the setting of technical conditions concluded, ONA completed a 500-700 meters long route, to deliver a package for the Notary of the city. This activity covered the testing of the autonomous navigation system, robot-human interaction, as well as, communication with final recipients. After the presentation and the following demonstration, the pilot in Debrecen ended with success.

The scope of the LogiSmile project is to test the future’s autonomous delivery system in various pilot cities, in a realistic environment. As a result of the tests, a great deal of practical knowledge and data will be at the disposal of the consortium partners. The project includes 3 university partners and numerous industry participants and cities as well, such as Hamburg, Barcelona and Debrecen.

Over 60 People Attended the Women in Urban Mobility Urban Summit